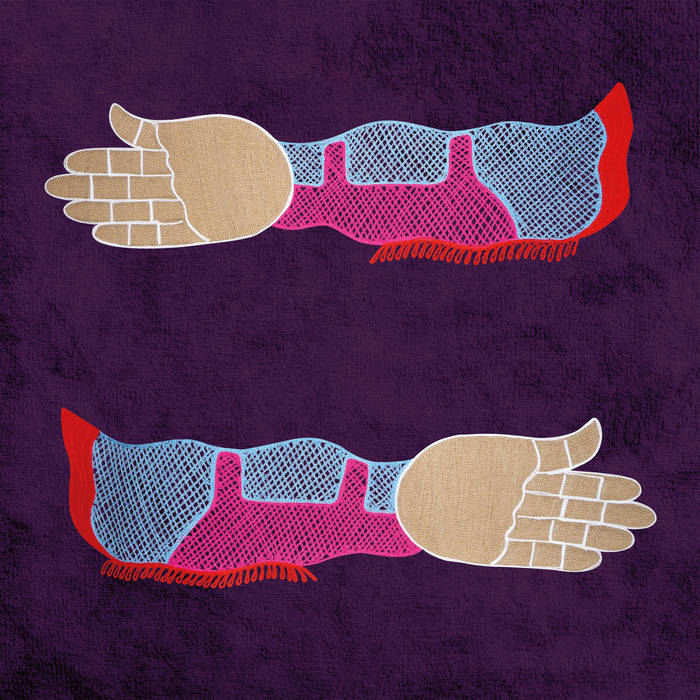 Mohammad Reza Mortazavi is a virtuoso percussionist known for playing traditional Persian instruments such as the tombak and daf. After developing more than thirty new striking techniques and progressing to be one of the most prominent players in Iran, Mortazavi travelled to Germany, eventually settling in Berlin to record and perform regular concerts the world over. His acclaimed performances have taken in venues such as Berlin Philharmonie and Sydney Opera House. In recent years, he has been embraced by the experimental electronic music community, collaborating with Burnt Friedman, Fis and Mark Fell.

Ritme Jaavdanegi is Mortazavi’s sixth LP, and his first one available on vinyl. The album came together from recordings made in Berlin in June 2019, inspired by Mortazavi’s vivid reminiscence about profound experiences he had listening to music as a child. As he drifted in this time slipping reverie, the phrase ‘ritme jaavdanegi’ or ‘rhythm of eternity’ came to mind, and he found the phrase itself to match the 11/8 metre he was striving for. As such, all eight pieces on this album adhere to this time signature, which in itself harks back to the Aksak, a rhythmic pattern based on the alteration of binary and ternary quantities executed in a fast tempo, intrinsic to traditional music from Iran, Turkey, Afghanistan and the Balkans.

In the same way these non-standard folk rhythms started to impact on Western music in the early 20th Century, so now you can hear an ever-increasing embrace of polyrhythms and metres that break away from the dominant 4/4 ideology. What’s most striking about Ritme Jaavdanegi, perceived through a lens of modern Western experimental music, is how Mortazavi’s virtuosic playing rivals the intensely programmed dynamics of electronica. His rapid, needlepoint drum hits bend their tonality in incredibly musical ways, but there is still an underlying focus on cyclical repetition that encourages the same ancient transcendental quality that so many contemporary artists strive for.

Bandcamp Daily  your guide to the world of Bandcamp